What is delayed cord clamping (DCC)?

After your baby has been born the umbilical cord, which links your placenta to the baby, continues to pulsate and transfer blood and oxygen and stem cells to your baby until baby has transitioned to life outside the uterus and becomes stable.

Cutting the cord immediately after the birth has been routine practice for 50-60 years but more recently research is showing that it is not good for the baby as it means the baby misses out on a large amount of blood (214g). This has led to more recent changes in guidelines and practice towards delaying clamping. Waiting until the cord has stopped pulsating and becomes white is becoming increasingly normal practice in births where there is no medical reason to speed things up.

Normally the midwife should be able to feel when this happens by just touching the cord. If there is a reason why time cannot be allowed for this, then the midwife or doctor should wait at least 1-3 minutes following the birth of the baby before clamping and cutting the cord.

NICE guidance recommends that cord clamping is delayed in all maternity units for at least 1-5 minutes in all babies unless the fetal heart is less than 60 bpm and not getting faster, at this point, for practical reasons, the baby may need to be taken away to get breathing support.

Why is delayed cord clamping recommended?

Delayed cord clamping allows the blood from the placenta to continue being transferred to the baby even after they are born. This means that the baby could receive up to 214g of cord blood, which is about 30% more blood than they would have without it.

The benefits of this include:

Babies who have immediate cord clamping (particularly boys) have also been shown to be more likely to:

When would DCC not be practised?

In most situations DCC is extremely beneficial. However, there are a few circumstances in which it may not be suitable, such as:

If the baby needs help with breathing (resuscitation) the cord may need to be clamped early if there are no facilities in the hospital to do this beside the mother, however it should be possible to delay cord clamping while the baby is assessed and the breathing support starts.

Should I have DCC on my birth plan?

Yes, you can add DCC to your birth plan, particularly if you know you are at risk of having a premature baby or if you are having a planned caesarean section. Although most units should be practising it, it is taking longer for it to become ingrained in usual practise and the more women who open up the conversation about it, the more usual it becomes.

Cord clamping and having a premature baby

DCC has been shown to have lots of benefits for premature babies or babies of a low birth weight. These include:

If you know you are at risk of having a premature baby, you can put Delayed Cord Clamping on your birth plan and discuss it with your health care team.

Can I have DCC with a caesarean section?

DCC can still be practised if you have a caesarean section, whether it is planned or an emergency and is becoming very common practice at hospitals which recognise the benefits of delayed cord clamping. Do talk to the health professionals caring for you about this. Including it in your birth plan will give you an opportunity to talk about it.

If I have the injection to deliver my placenta, can DCC still happen?

Yes, even with the injection it usually takes at least 5-10 minutes before the placenta is delivered and during this time the cord can remain intact allowing for the transfer of the blood. 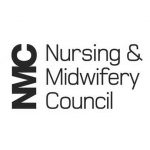